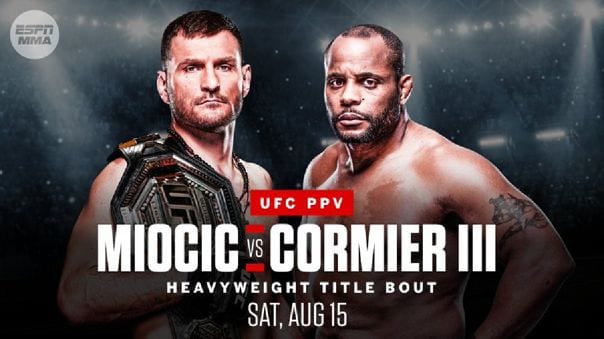 Like all major sports in the world, the UFC and MMA have been severely impacted this year by the global lockdown. However, UFC champions like Dana White are determined to keep the fight going, putting a huge show for UFC 251 held in July at “Fight Island””. Even better, UFC is still staging regular events behind closed doors, such as the historic UFC 250. Here’s the latest schedule that Betway88 punters will want to keep an eye on.

This weekend, UFC will return to Las Vegas as Derek Brunson takes on Edmen Shahbazyan in the main event at UFC night 173. Initially, Irene Aldana and Holly Holm were scheduled for the main event, but a solid replacement had to be found due to health issues affecting Aldana.

While UFC Fight Night 173 isn’t the strongest card this year, fans are excited about watching fighters like Kevin Holland and Vicente Luque battling it out. The main fights in this card include:

Scheduled for Saturday – 8th August, UFC Fight Night 174 will be staged in Las Vegas, Nevada at the UFC Apex facility. That will be the 526th event in the history of UFC, including UFC Fight Nights, TUF season finales and Pay-per-views. Fortunately, UFC fans who are Betway88 sports punters can wager on different bouts on the card.

The day is headlined by the heavyweight clash of Derrick Lewis taking on Alexey Oleinik in a five-round main event. The card also has Omari Akhmedov battling against Chris Weidman in the middleweight bout.  Other fights in the card include Wellington Turman going against Andrew Sanchez and Nadia Kassem fighting Miranda Granger.

UFC 252 is scheduled for 15th August at UFC Apex without any fans present in the arena. The event will be headlined by Stipe Miocic taking on Daniel Cormier in one of the biggest heavyweight fights in UFC’s history. That will be the third time that the top fighters will be meeting.

Cormier has already revealed that this will be his last fight in the UFC, and he’ll be looking to end his career in a fashionable style whether he loses or wins. However, there will be several other fights in the card, including a heavyweight bout featuring former champion Junior Santos as he takes on Jairzinho Rozenstruik. Other fights in the card include:

Whether you’re a punter or a regular UFC fan, there are lots of upcoming bouts you can watch in the next few months. These fights will be staged behind closed doors for security and health issues, though you can watch most of the bouts in pay-per-view channels online. Even better, leading bookies like Betway88 will offer odds on the top UFC fights this year.