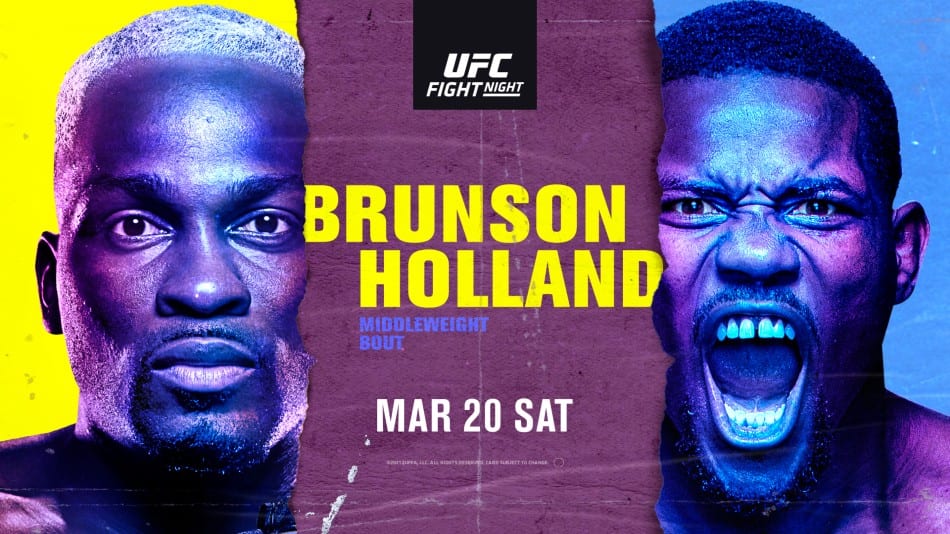 In the UFC Vegas 22 main event, two middleweight contenders will scrap it out over five rounds. Derek Brunson and Kevin Holland are closing in on a shot at the middleweight title. Whoever emerges victoriously this Saturday evening will establish themselves as a standout contender at 185lbs.

Away from the main event, we have a stacked card. Join LowKickMMA as we break down some of our favourite matchups and hopefully pick some winners. If you’re looking to gamble on something besides the fights this weekend check out pay by phone casino Ireland at payforit casino.

The UFC Vegas 22 main event is a compelling fight between two of the best middleweight fighters in MMA. Derek Brunson has been a long-time contender in the UFC’s 185lb division. The 37-year-old is considered by many a gatekeeper but as of late has been trying to rid himself of that reputation. Three wins in a row have Brunson on the brink of big things, he’s priced at +150 to make it four in a row. Brunson will have to get by the -175 favourite Kevin Holland who enjoyed a sensational 2020. ‘Trailblazer’ picked up five wins last year, most notably he scored a crazy first round knockout win against Ronaldo ‘Jacare’ Souza. Ultimately, we are backing Holland to continue his streak at UFC Vegas 22. The youngster should fare well over a long-distance fight. Brunson is known for fading fast if he doesn’t get the early finish, we doubt he’ll get that early stoppage at UFC Vegas 22.

In the UFC Vegas 22 co-main event we have an interesting lightweight fight. Gregor Gillespie returns to the Octagon for the first time in almost two years. Last time out he lost his undefeated record when he was brutally knocked out by Kevin Lee. Despite that,Gillespie is highly fancied heading into this fight – you’ll find him at odds of -250. The +200 underdog Brad Riddell will be tough opponent for Gillespie but ultimately we expect ‘The Gift’ will get back to winnings ways.

Adrian Yanez looked sensational in his UFC debut and the bookmakers are clearly on his hype train as they are offering odds of -220 against Gustavo Lopez. The +180 underdog is certainly a step up in competition for Yanez and won’t go away easy. Ultimately though we think Yanez will do enough to continue his perfect start in the UFC.

Tai Tuivasa almost had a wasted trip. The Australian’s original opponent Don’Tale Mayes fell off UFC Vegas 22 earlier this week. Luckily the promotion was able to find a replacement opponent in Henry Hunsucker who will make his UFC debut this weekend. Tuivasa is of course one of the biggest favourites on the card at -350. If you’re looking to bet on Tuivasa but want better odds we’d suggest backing him to get the stoppage. If you fancy Hunsucker to cause an upset he’s price at +275.

What UFC Vegas 22 fight are you most looking forward to?