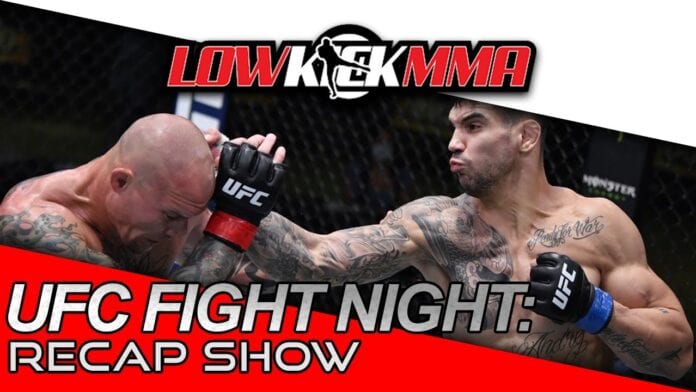 In the UFC Vegas 8 main event former light-heavyweight title challenger Anthony Smith dropped to a second straight loss against Aleksandar Rakic. The Serbian standout was able to dominate the fight with wrestling and heavy leg kicks. Prior to that former welterweight champ, Robbie Lawler lost his fourth straight fight – in a unanimous decision to Neil Magny.

Join Jordan Ellis and Ryan Galloway who recap these fights and the entire UFC Vegas 8 card in the latest LowKickMMA podcast.