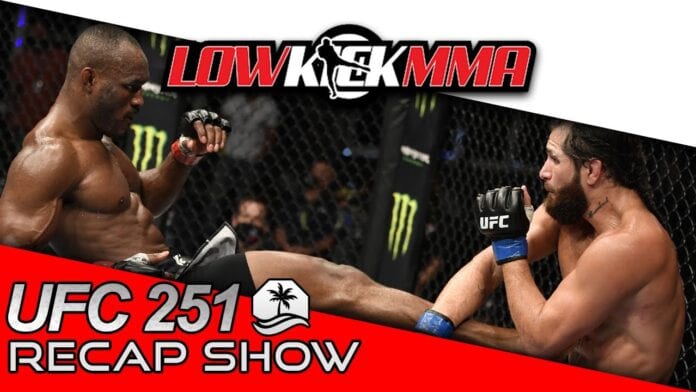 UFC 251 went down this past weekend on Yas Island AKA ‘Fight Island’ in Abu Dhabi. In the main event, Kamaru Usman retained his welterweight title with a dominant decision win over late replacement opponent Jorge Masvidal. In the co-main event featherweight king, Alexander Volkanovski beat Max Holloway for the second time in a controversial split decision. Before that Petr Yan became the bantamweight champion by stopping Jose Aldo in the fifth and final round of their fight.

Join LowKickMMA site manager Jordan Ellis and staff writer Ryan Galloway as they discuss everything UFC 251 and look ahead to UFC Fight Night: Katter vs. Ige which takes place on July 15.