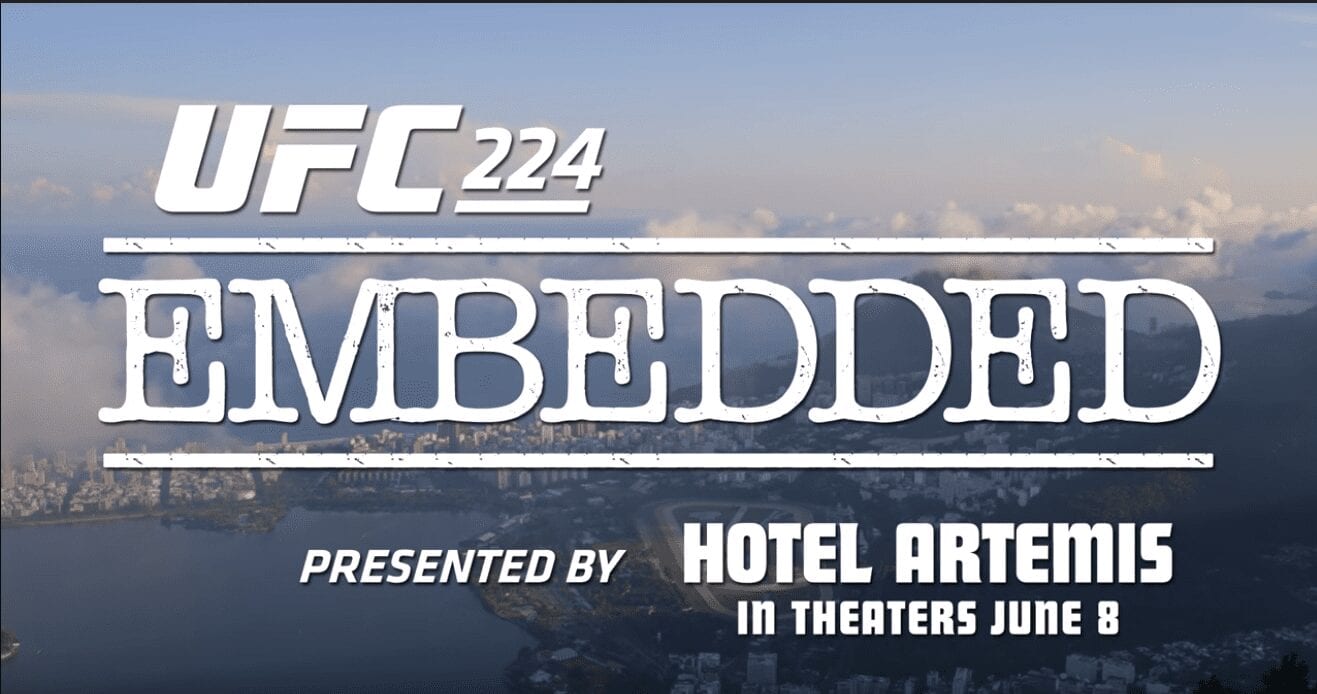 UFC 224 is a few hours away and the seventh episode of Embedded was released on the UFC’s YouTube channel.

In the episode, fighters prepare to make weight on Friday. Lyoto Machida hits the sauna to shed the last few pounds. Later that morning, all fighters make weight except for Mackenzie Dern. Jacare Souza runs into Octagon announcer Bruce Buffer on the way to the ceremonial weigh-ins.

The combatants face off one last time, and Amanda Cooper refuses to shake the hand of opponent. Amanda Nunes and Raquel Pennington square off once more before their championship bout.