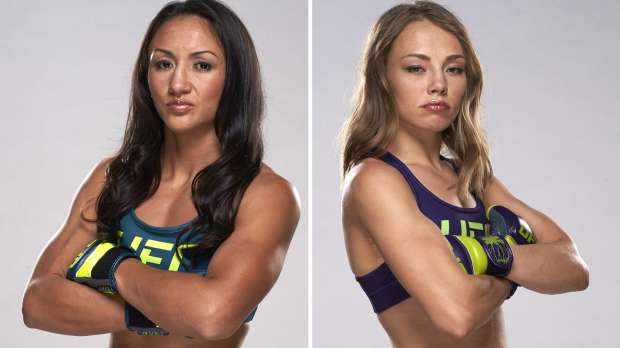 The former Invicta FC strawweight champion Carla Esparza will square off against Polish prospect Joanna Jędrzejczyk in the co-main event at UFC 185 on March 14, 2015 in Texas.

Jędrzejczyk is undefeated and has looked impressive in victory over her first two UFC opponents, Claudia Gadelha and Juliana Lima.

Esparza is considered the best 115-pound fighter in the world, having defeated all comers on “The Ultimate Fighter 20” (TUF) to become the first women’s UFC strawweight champion.

Take a look below as Esparza takes on Rose Namajunas in the TUF 20 finale: