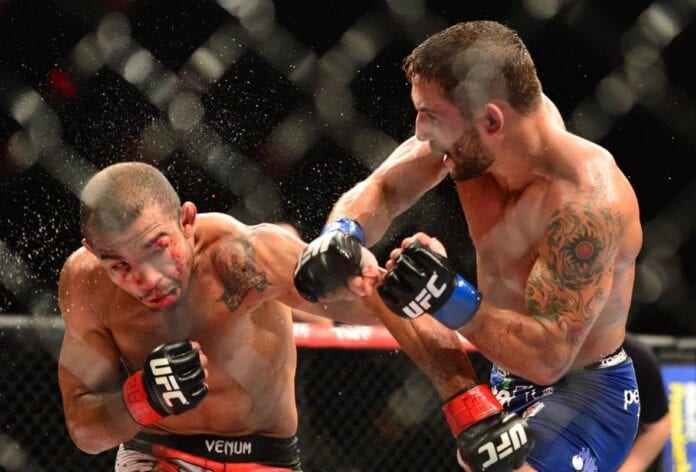 UFC 179 is in the books from Ginásio do Maracanãzinho in Rio de Janeiro, Brazil, and the pay-per-view (PPV) event saw one of the finest title fights of the year when featherweight champion Jose Aldo notched his seventh straight title defense with a decision win over a very game Chad Mendes.

The fight saw both fighters rocked and dropped on several occasions, with power shots being flung at will. It also saw a bit of controversy with eye pokes, low blows, and even a couple of late shots at the end of the first round that looked like they had Mendes knocked out.

But he persevered to make the fight a lot closer than the unanimous 49-46 scorecards would suggest. Check out the highlights of Aldo vs. Mendes II below: