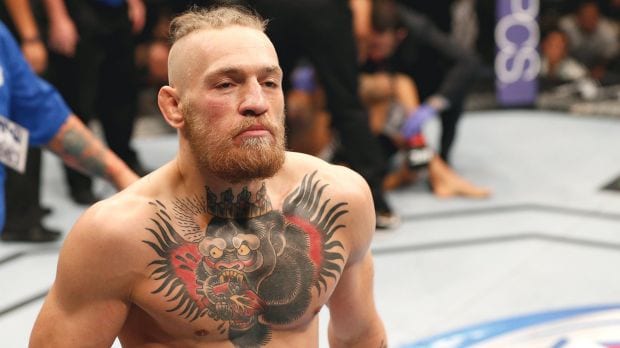 6. Riding in to Jose Aldo’s favela

During the much publicized hype period before McGregor’s original UFC 189 booking against Jose Aldo, the Irish featherweight came up with a barrage of top shelf insults for the dominant champion of the 145ers.

None were more sharp than perhaps his controversial favela jive, that brought the nasty out of Aldo in return:

“I own this town,” McGregor declared, leaning back and plopping his shoes onto the dais. “I own Rio de Janeiro. I’m sitting up here with my feet on the desk. What’s anyone up there going to do about it? Not one of yous are going to do anything about it. My name, the McGregor name, my family’s motto … means royal is in my blood. That goes way back. So for [Aldo] to say he is the king and I am the joker, if this was a different time, I would invade his favela on horseback and kill anyone that was not fit to work. But we are in a new time. So I’ll whoop his ass in July.”