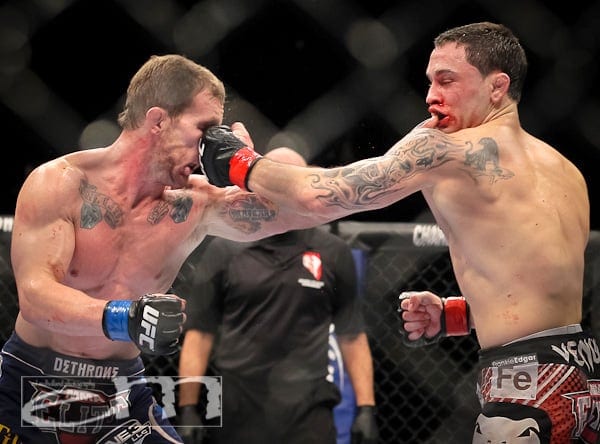 When Frankie Edgar and Gray Maynard first met in April 2008, “The Bully” scored a unanimous decision victory over “The Answer”. Edgar, however, would then go on to rattle off five consecutive victories to become the UFC lightweight champion while Maynard would also compile a five-fight winning streak, setting up an intriguing rematch for the 155-pound strap.

Both men had something to prove, as Edgar was out to avenge a loss and prove his championship worth, while Maynard was bothered by the fact that a man he had beat not too long ago was wearing the divisional crown. The rematch, which took place at UFC 125 in January 2011, drew excitement from fans, and it delivered, as it turned out to be a five round war that garnered ‘Fight of the Night’ honors as well as ‘Fight of the Year’ honors.