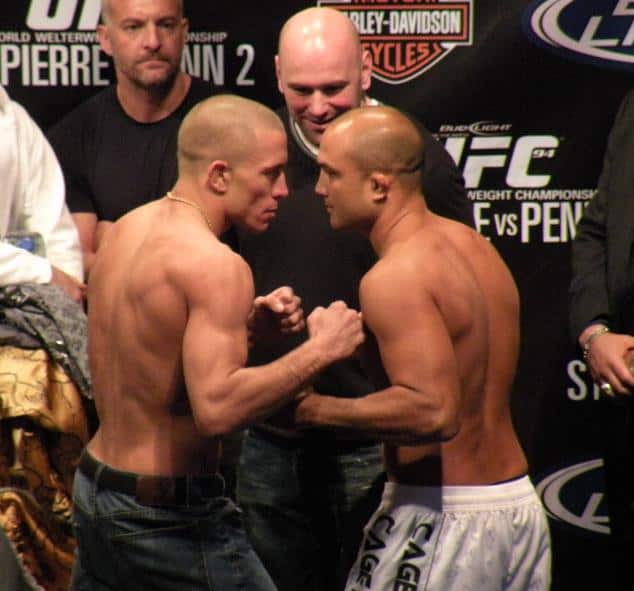 Shortly after losing a split decision to Georges St. Pierre at UFC 58: USA vs. Canada in March 2006, legendary former champion BJ “The Prodigy” Penn dropped back down to 155 pounds and became the UFC lightweight champion. Penn defended his title one time against Sean Sherk before jumping back up to 170 pounds to once again challenge GSP.

For the first time in promotional history, two champions were set to do battle with one man (Penn) attempting to become the first UFC fighter to simultaneously hold two titles at one time. In addition to this backstory, the nature of the first fight, along with the existing USA vs. Canada feature left St. Pierre vs. Penn II as one of the most anticipated rematches of all-time.

Ultimately, Penn’s bid at making history faltered when St. Pierre won the bout via TKO due to a corner stoppage.