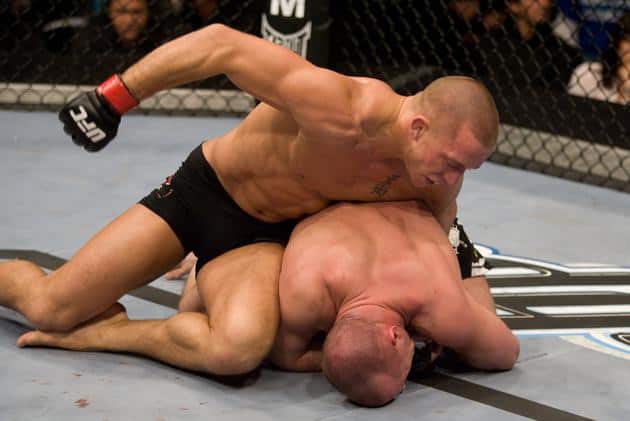 At this point in time, it’s clear that former longtime welterweight kingpin Georges St. Pierre is the greatest 170-pounder of all-time, and one of the greatest fighters of all-time period. When he faced off with Matt Serra for the first time at UFC 69 in April 2009, he was only one fight removed from winning the title, but he was still a massive favorite nonetheless. Serra, however, shocked the world, scoring a stoppage victory over GSP in what has turned out to be one of the biggest upsets in sport history.

Given the surprising nature of the first bout, a rematch was needed, and it would go down at UFC 83 in April 2010. All eyes were on St. Pierre leading up to the bout, as fight fans wondered if the first bout was truly a fluke. “Rush” proved himself in the rematch, finishing Serra in the second frame to unify the UFC welterweight championship.