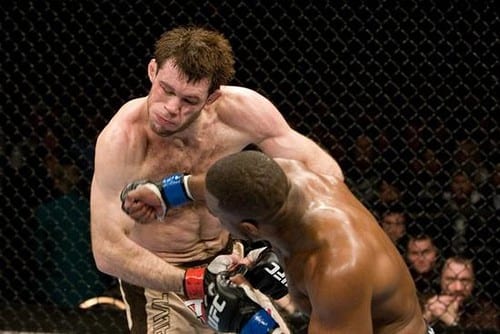 Rashad Evans and Forrest Griffin duked it out for the UFC light-heavyweight title in 2008, and it was ‘Suga’ who was victorious at the end of the night.

Not only did he capture the belt from Griffin, he also forced one of the greatest upper body punch face of all-time.