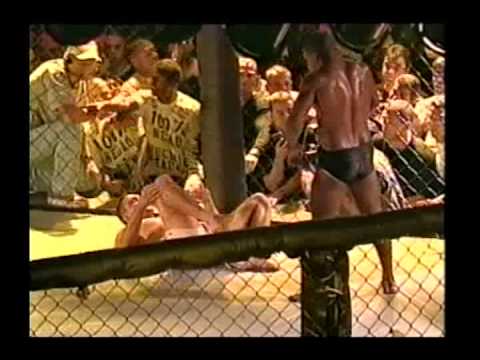 Old vale tudo rivals Renzo Gracie and Euginio Tadeu faced off at Pentagon Combat way back in 1997 in Brazil. This was one of the craziest moments in MMA history by far, as the fans made this one to remember.

The fans edged closer to the cage throughout the 15 minute duration, until they were clambering up the fences and pretty much attacking the fights. Ryan Gracie had seen enough and struck one of the fans in the face, chaos erupted and chairs, bottles and punches were thrown during an insane crowd melee.

The cope turned up to calm the situation, but by that point the inside of the stadium was a wreck.

Check out the video below and prepare for the top two!