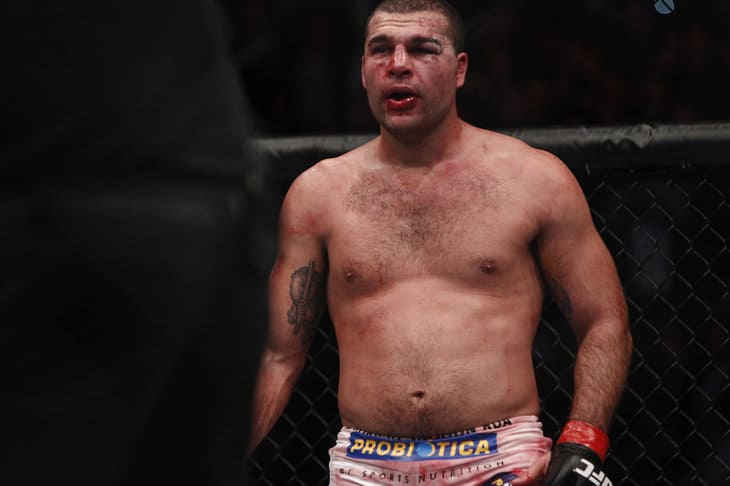 Heralded as one of the most exciting fighters in the world during his early rush in Japan, Rua was looking to claw back to another title shot after losing the belt to now legendary champion Jon Jones at the pinnacle of his rise.

Although a Jones title run was unavoidable, Shogun did go into the fight off of another significant knee surgery, and with only 10 months to recover from a torn ACL sustained during his knockout win over Lyoto Machida, it was obvious that Rua wasn’t his full self. He did come back looking like a destroyer that August, stopping Forrest Griffin at UFC 134 in his native Brazil.

He looked great in dethroning Machida at UFC 113 after a highly controversial loss to “The Dragon” at UFC 104 fueled an instant rematch. And Jones had a way of making all the legendary champions look bad during his first two years as champ, meaning there was little shame in showing up on that list. Rua had a much more inconsistent career in the UFC than he did in Pride, meaning he had a lot to prove against ‘Hendo.’

While he fell just short, Shogun undoubtedly gained a ton of lifelong fans that night. Head to the next slide to watch the amazing highlights of one of MMA’s greatest bouts…