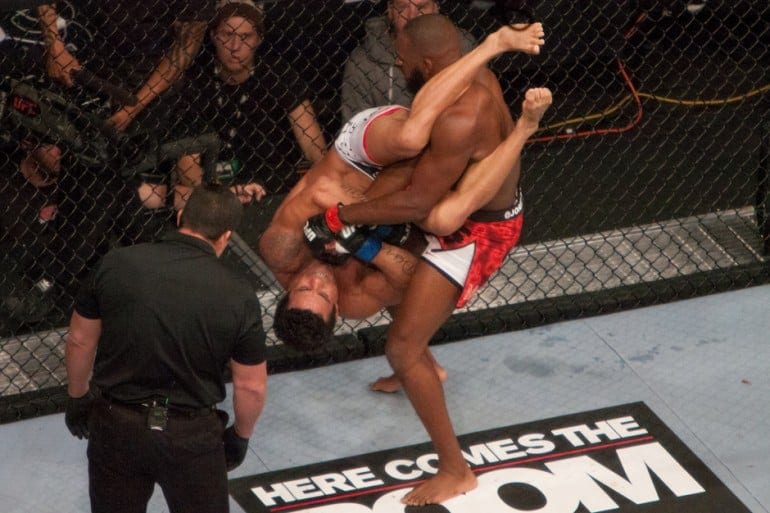 For the most part, Jones has been an untouchable light heavyweight monster throughout his promotional tenure.

But if there was ever one moment when he was inches away from losing the first fight of his career (outside of his disqualification opposite Matt Hamill), it was when legendary Brazilian fighter Vitor Belfort nearly snapped Jones’ elbow in half with a nasty arm bar attempt at UFC 152.

It was a fight that shouldn’t have happened in the first place, seeing as Belfort failed a pre-fight drug test and the UFC still allowed him to compete, but it was the first moment that Jones successfully fought through near-detrimental adversity.

He would go on to defeat “The Phenom” by fourth-round submission (americana).