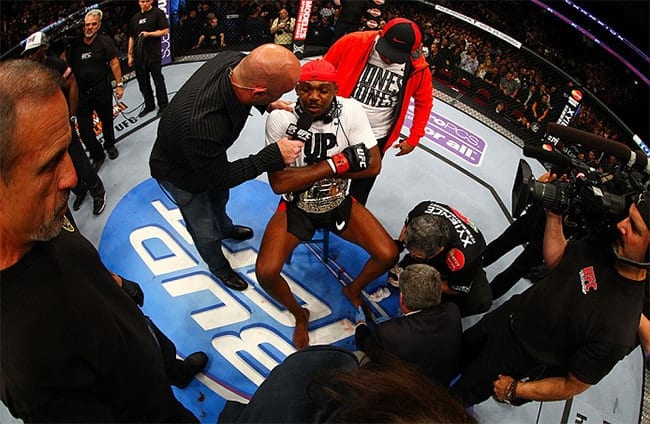 Remember when Jones was forced to sit on a stool after his fight opposite Chael Sonnen at UFC 159?

He broke is toe in the middle of the first round and nearly lost it with every movement he made. For those of you who are man enough to take in the real image, click here.

The fact that Jones fought through the injury and finished Sonnen moments before the first round ended is an absolute savage moment in his career. If he hadn’t pulled out the TKO victory, doctor’s may have deemed him incapable of continuing leading into the second, which would have awarded Sonnen the belt.