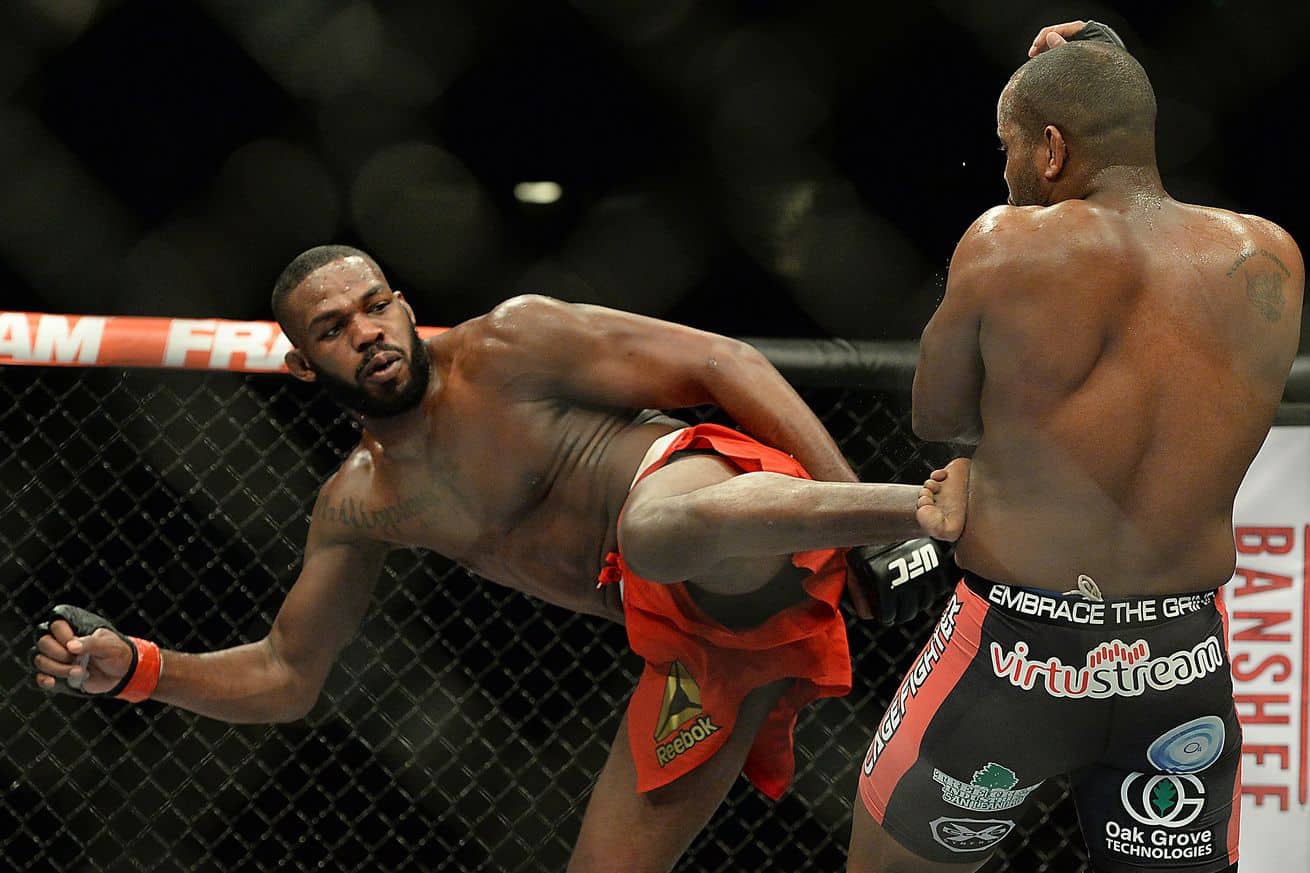 There’s no denying that Daniel Cormier is Jones’ greatest rival to date. That’s why there impending rematch is such a highly-sought after event in MMA history.

But forget about a reboot. The two first waged war at UFC UFC 182 back in 2015. Despite carrying an undefeated record and legendary wrestling pedigree with him to the cage, “DC” was unable to ward off the athletic advancements and late-fight pressure by Jones, which ultimately spelled the Olympians’ first professional MMA loss.

It was one of Jones’ most gutsy performances of his career, and a victory that solidified his capability of beating any discipline that’s thrown his way.