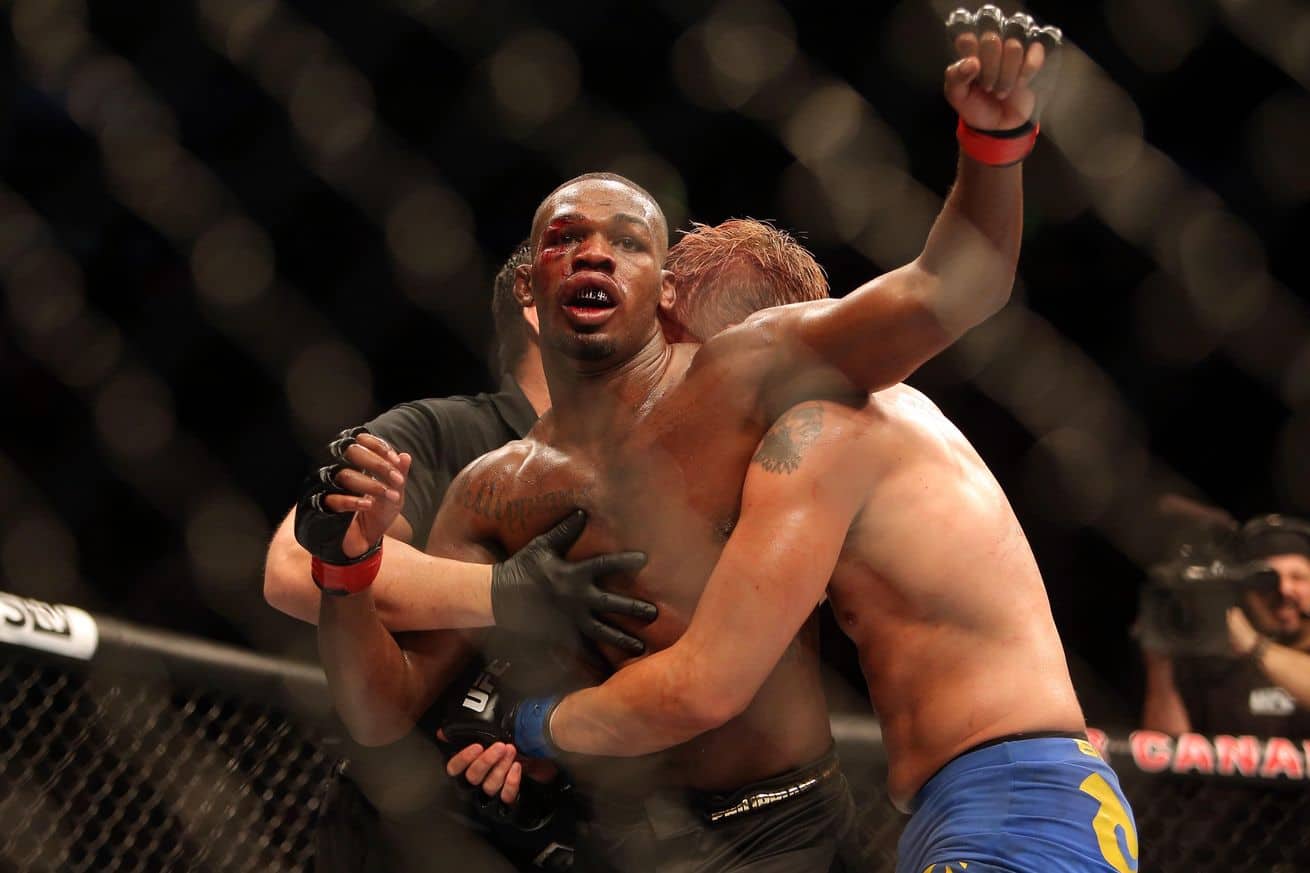 For intents and purposes, Jones’ battle with Alexander Gustafsson at UFC 165 is the greatest title fight of all time.

Some may point fingers at either one of Robbie Lawler’s last championship defenses, but they don’t add up to the legendary clash that “Bones” and “The Mauler” enacted back in 2013.

In a collision that saw Jones fight someone his size for the first time in his UFC career, he struggled to find his range and usual offensive fluidity for the majority of the bout. But in the eyes of defeat and relinquishing his light heavyweight title, Jones dug deep, nearly scalped Gustafsson with a spinning back fist along the way, and closed out the performance by wobbling the Swede for almost the entirety of the fifth round before winning by unanimous decision.

There’s simply nothing that compares to this fight when discussing the memorable moments and accomplishments of Jones’ storied career. It takes the cake in every way.