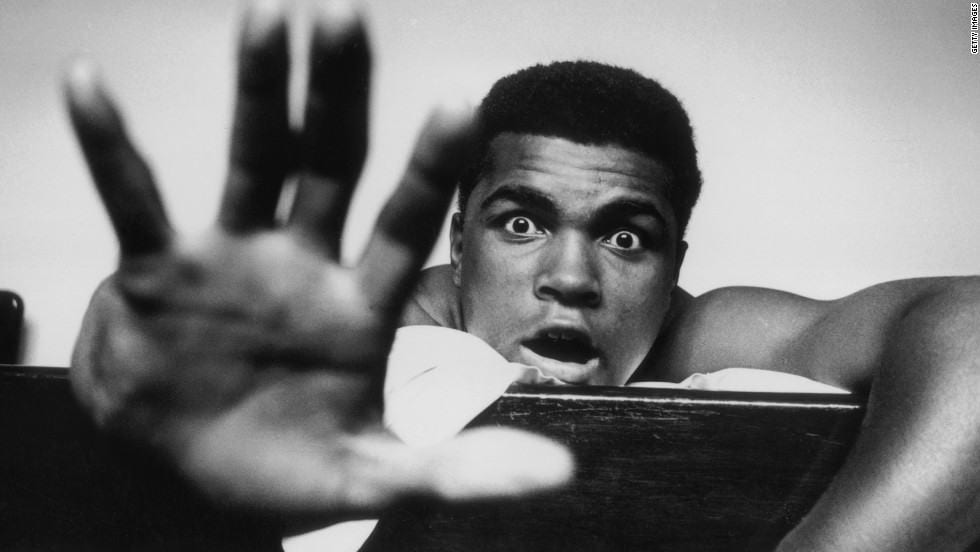 If you are looking to start betting in Boxing, it would be wise to read some history about the sport. Through the years, there are some pillars in the boxing world that shaped up the sport that we all love today.  There are the likes of Mohammed Ali, Sugar Ray Robinson, Rocky Marciano, Anthony Joshua, Gerorge Foreman, Vladimir Kitschkno and many more.  When mentioning the big names in boxing, these athletes would offer you some of the best odds at new bookmakers, however winning was not always on the cards.  And as Anthony Joshua lost his heavyweight champion belt, it was not the first time that a boxing upset happened.  So let’s have a look at some of the biggest moments in boxing ….events that we never thought would happen after all.

Lennox Lewis was one of the best athletes out there.  His name echoed dominance, he was a pioneer of Boxing and also the WBC unified heavyweight champion of the world. Lewis has an unbreakable record. Wemblet arena stood still as Lewis was knocked to the ground by Oliver McCall, as belts were lost. Possibly one of the biggest upsets in boxing history, but not the only one to be fair. Let’s have a look at some of the biggest moments in history.  Some events that we never thought they could happen.

Before Muhammed Ali converted to Islam and changed his name, he was Cassius Clay. The boxer was not always the mega boxer that we all remember him to be, and was clearly the underdog when squaring off with Sonny Liston.

Liston was a champion at that time, one that was feared by worldwide boxers everywhere. Out of the 36 bouts he had, he won a solid 35 out of them, losing only one fight to Marty Marshall in 1954. Clay (Ali) was all talk at that time, he was an aspiring boxer at the start of his career and craving wins. Few believed that Clay could beat Liston, but he did.  New bookmakers would not believe it, but here he was Clay KOing Sonny Liston and claiming belts, titles and power in the process.

If there is one thing that a world champion needs to do, is keep fit to defend his title.  This was not the case with Jack Dempsey.  The athlete was always one of the best when it comes to boxing in the ring, and his punch was deemed as lethal at times.  In 1920 Dempsey was regarded as one of the best boxers out there, of course he held the  heavyweight champion, and the rest is history.

Dempsey defended his title against Luis Angel and after that took a 3 year off boxing, unil a new challenger came by. In the meantime, with his eyes on the title and belt Gene Tunney trained endlessly, until the two met at the Sesquicentennial Stadium in Philadelphia. Tunney reigned supreme  in both the match and the rematch, taking home the belts, the title and the reputation of a champion.

Tunney faced another fighter and he won again, yet he retired soon after.

There are many big boxing fights that we still remember through the years.  One of the most talked about matches has to be when Evander Hoyfield and Mike Tyson met and fought till the end. There were matches, there were rematches and Tyson even bit off ears, not 1, 2 ears. This is how brutal the fight was.

Tyson has a long history of defeating his opponents and even spent some time in jail for his aggressive behaviour. However, when he met with Hoyfield, he had already lost some big matches and it was expected that he would lose this one too. Whilst Tyson had won back the WBA and BC title from Lennox Lewis.

Holyfield managed to win the match and take home the WBA title.  This happened during the 11th round when the referee stopped the game due to Tyson biting off his opponent’s ears.

Joe Louis had a perfect track record when he met Max Schmeling for a very publicised boxing match. The German Boxer was quite new to the scene, and was not expected to put a halt to the reign of the champion.

What Louis did not know was that Schmeling had studied the way he boxes, hos moves and his overall boxing persona. This resulted in Schmeling taking down Louis in the 4th round, yet the match continued until the 12th round and of course Schmelling turned out t be victorious after all.

If you had placed a bet today with a new bookmaker, you would have been rich by now.

Muhammed Ali was at the start of his career when he met George Foreman in 1974. Foreman was 25 at that time, and he was the undisputed and undefeated champion. A pillar of boxing, royalty in the Boxing world.

Coming into the fight Foreman was unbeaten and the envy of everyone who was into boxing. Finishing off both  Ken Norton and Joe Frazier, he was clearly the favourite to win and take home the title. However, Ali came along with a strategy, sitting next to the rope, in what is called rope a dope’ in boxing.  This process did indeed tire George Foreman, and Ali seized his chance when his opponent was indeed tired.  Foreman was floored, KO’d by Muhammad Ali and ‘The Greatest’ was not the greatest anmore.  Muhammed Ali kicked off his career that night, and became the legend that we all know him to be today.

George Foreman was always deemed as a formidable fighter. He was a massive athlete with a punch that could throw you against the ring. Yet, ‘the greatest’ had lost some of his magic and lost titles and matches to the likes of Evander Holyfield and also Tommy Morrision.

After a decade in retirement, Foreman decided it was time to fight again, and at 45 he re-entered the boxing ring. Unknown to everyone out there, Foreman had been training for the fight for some time. His punches were powerful enough to land Moorer on the ring’s  floor many times throughout the fight. One last punch, kicked Moorer off his feet and landed him on the floor, this time with no more power left to fight back.

That day, George Foreman became world boxing champion again, at the age of 45. No new bookmakers would have given you great odds for the match in favor of Foreman, but he pushed through and managed.  Being the religious individual that he is Foreman sunk down to his knees and spent a good amount of minutes thanking God for the win. Yes, the champion preferred praying to thanking the media.

When you are a heavyweight champion, there are some essential matches that you need to partake in to retain your belts.  This was the case with Corrie Sanders and Vladimir Klitschko.

The reign of the Klitschko brothers was at its peak when Sanders and Vladimir met, with the latter being the most favourite to win and retain his belts. At the time Klitschko had enjoyed the WBO title since the fight from October 2000, and Sanders had only had 2 fights in 2 years. All odds sided with Klitschko.

Stunning everyone, Sanders punched Klitschko and dropped him to his knees twice. He managed to take home the title from the Champ.  The funny thing is that there was no revenge fight. However Vitali Klitschko, Vladimir’s brother faced Sanders and avenged his brother, taking back the WBO title to the Klitschko household, this time with Vitali Kltschko.

Corrie The Sniper’s Sander’s reign ended before it even started.

Lennox Lewis was and will always be one of the biggest names in the Boxing community. However big his career was, there were a few boxers that managed to stop the reign of Lennox Lewis.

The first one to floor Lewis was Oliver McCall and the second one was Hasim Rahman. The fight happened in April 2001 in Gauteng South Africa. Fans of Lewis recall that during the fight, it was clearly visible that the champ was not prepared for the fight.

Following the loss suffered, Lewis confirmed that this is the true life of a heavyweight boxer, You win some and you lose some. Lewis praised Rahman’s right’s hand punch and also promised a rematch to reclaim back what is his, the belts and the titles.  At the rematch, the British Boxer Lewis avenged his opponent and sent Rahman home packing.

If you ever followed the boxing career of James Braddock, you would clearly know that it was not always rose and glitter. Braddock was a great boxer, yet he failed to retain a consistent approach to winning. During one point in his career, during the lowest actually, he even left professional boxing to find a job to support his family.

During 1935 Max Baer was the undisputed heavyweight champion, and feared by everyone in the boxing community. For James Braddock to win back his honour and a comeback to Boxing, he would need to face Baer in the ring and take away his titles. It was a hard task, moreover since it was deemed that Braddock’s golden days were way over.

During the fight Braddock displayed exceptional fighting skills with a great focus on defense. With a unanimous decision, Braddock caused the biggest upset in boxing history and claimed back the title, defeating Baer. His reign continued till 1937, until he was KO’s by fellow boxer Joe Louis.

Anthony Joshua climbed through the boxing rams via the Olympic Games. Everyone was talking about the young boxer from Watford, London, the one that had massive potential. After winning the Olympics and also the WBO, IBF, IBO, Joshua was the king that even Klitschko or Hayes could not stop.

The fight with Ruiz was not supposed to happen, but it did as the previous challenger tested positive to doping tests. Meeting outside the UK, Ruiz and Joshua fought, with Joshua clearly not being ready for the match.  Ruiz floored him in the 7th round, taking all the belts and titles, leaving Joshua defeated, a champion lost for words.

Deemed as one of the biggest upsets in Boxing History, the Ruiz vs Joshua fight is compared with fights such as Mike Tyson vs Buster Douglas and also Lennox Lewis vs Hasim Rahman. The good news is that Joshua bounced back and won back the  heavyweight champion title.  He claimed ‘ It was so nice, I had to do it twice’

If you are looking to make a buck or two, new bookmakers can definitely help you.  When you bet your money on the underdog, some of which we mentioned here, you can win a solid amount of money if they secure a win. Imagine a 20-1 odd, as this is some of the odds that were advertised for the above listed fights and matches.  Reigning champions will always have the upper hand, but Boxing is a very volatile sport, you win some and you lose some.  A small bet on the underdog could see you net tons of money.  The above athlete did it, and so can your favorite and chosen boxer.