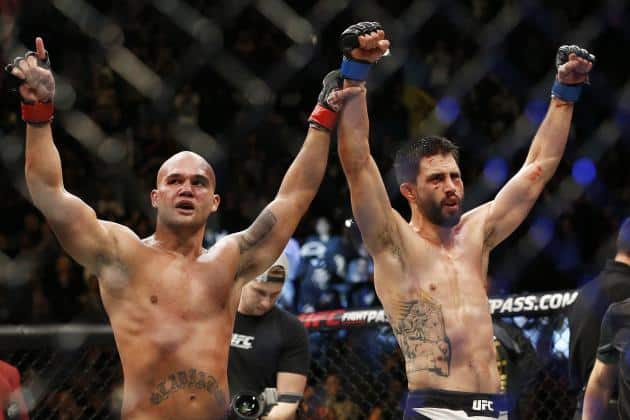 Robbie Lawler put his then held welterweight title on the line against Carlos Condit earlier this year at UFC 195 in a five round war that will likely be in the running for “Fight of the Year” honers.

The two men went back-and-forth in an instant classic that saw the “Ruthless” one walk away with a somewhat controversial split-decision victory. Condit and his team obviously felt as if he had done enough to come out on top.

Lawler no longer holds the title, and both him and Condit are coming off of loses, although they both still rank amongst the best 170 pounders in the world, making a rematch a possibility, and one that should seriously be considered.