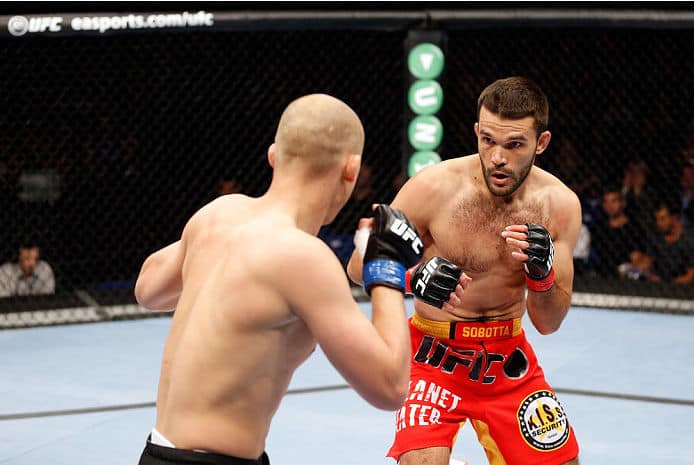 Sobotta came out aggressive with some big punches, nailing Kennedy with a hard low kick. He followed with a body kick and transitioned into a takedown, but Kennedy reversed to go for a double leg of his own. Sobotta turned the attempt around to take Kennedy’s back, looking for a rear-naked choke. Kennedy fended off the hold for a moment, but ultimately he couldn’t hold it off and was forced to tap for a quick win for Sobotta.