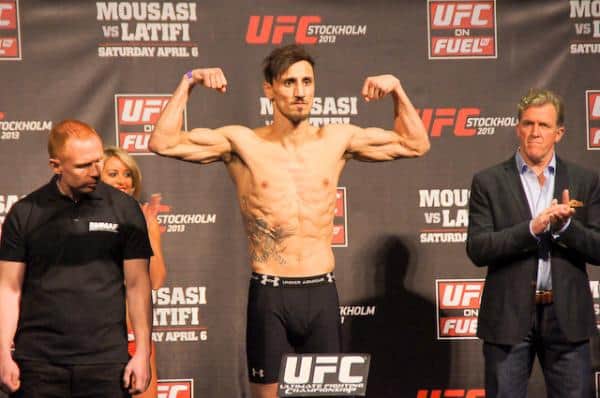 Making his UFC (aside from TUF) and featherweight debut, Pablo “The Scarecrow” Garza took on Fredson Paixao at The Ultimate Fighter (TUF) 12 Finale in December 2010.

Wasting little time, Garza landed a scintillating flying knee just 51 seconds into the first round that would end the night off for Paixao. Just the sound of the impact is enough to send chills through the spine of those watching.

After the blow, Paixao would remain unconscious for nearly two minutes before remaining on the ground for a few minutes longer. Unfortunately he would be taken out of the arena on a stretcher.

Scary, scary stuff, but without question one of the best flying knees in promotional history.