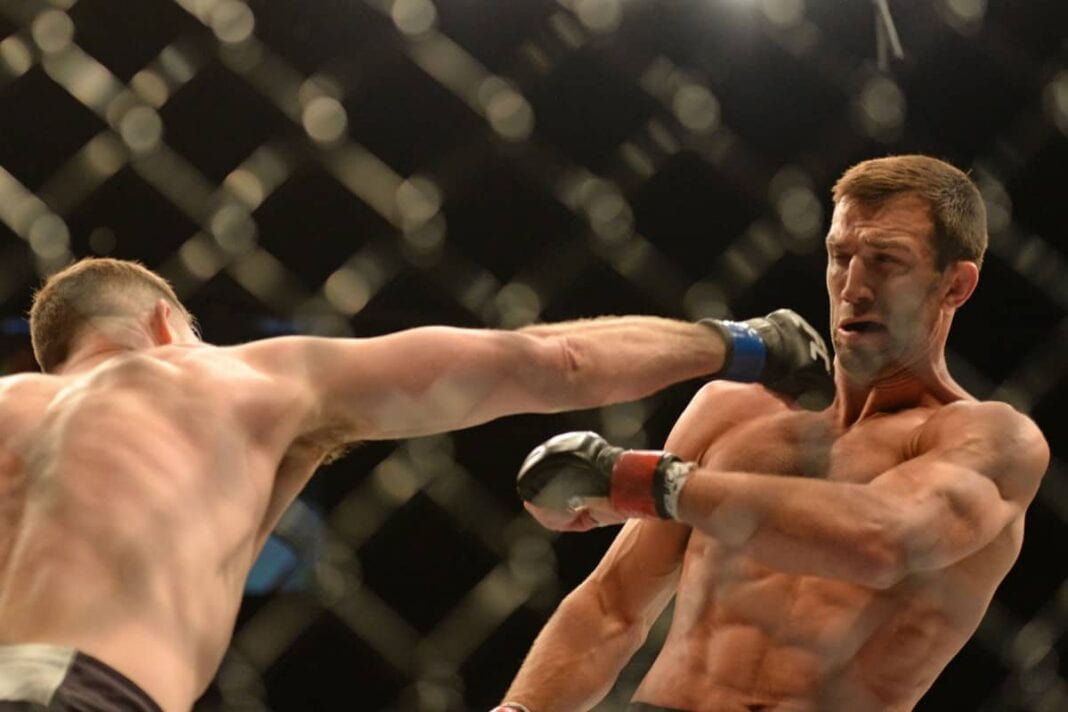 Veteran Michael Bisping shocked the MMA world in the main event of tonight’s (Sat., June 4, 2016) UFC 199 from The Forum in Inglewood, California, when he knocked out former champion Luke Rockhold with a picture-perfect sequence of punches and ground shots in the opening round.

Filling in as a late replacement for Chris Weidman, longtime veteran Bisping stood his ground against the bigger man in the heavily favored Rockhold, and capitalized in a historic way when his opponent fought a bit lackadaisically with his chin in the air.

With 10 years of experience in the UFC, Bisping finally took advantage of a title fight opportunity in shocking fashion that few – if any – predicted. Watch the full fight video highlights of Bisping’s game-changing win right here: