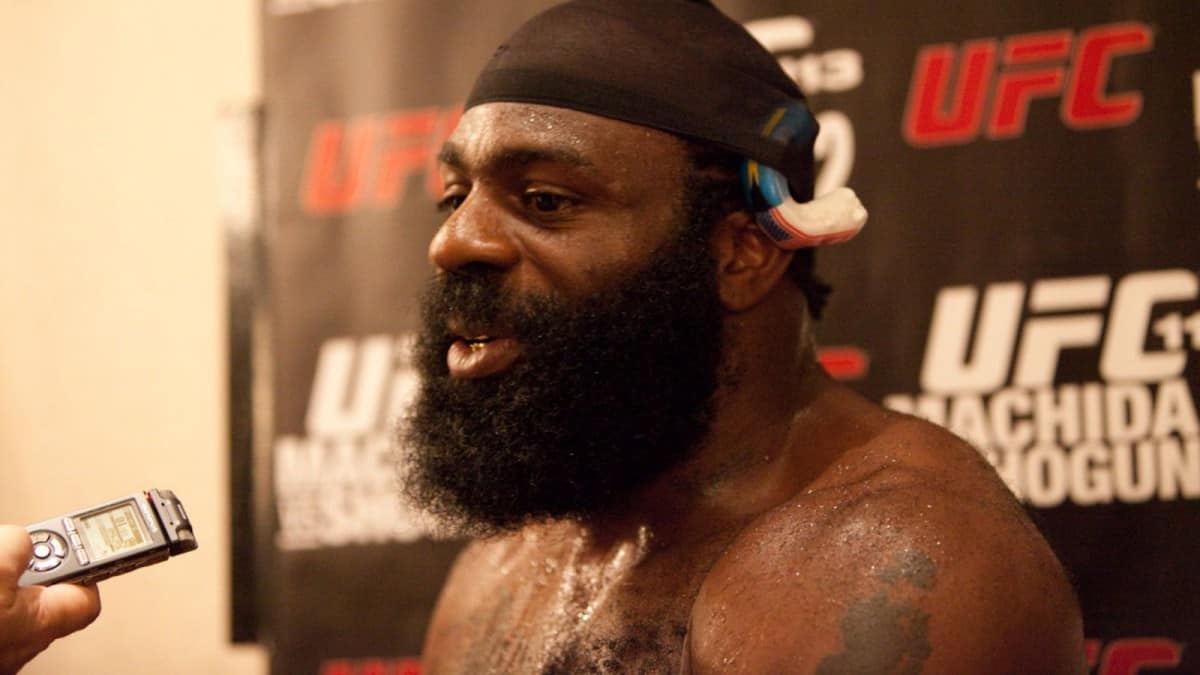 In a recent interview with GNP1.de, and as transcribed by MMAFighting.com, Kimbo Slice responded to his failed drug test with some rather sketchy statements, and he sent his response to Wanderlei Silva’s fight challenge:

‘You’re never pleased with your performance. You know what I mean?…You feel like you could do it better. That’s the competitive part. Some people have it some people don’t. I just want to embrace mine and become a little bit better. Become more of an inspiration.’

“Maybe the [person performing the test] used the same glove from Ken’s shit and touched my shit. I don’t know.”

“We’re fighters man, we’re a little bit older than normal, we’re on a professional level of entertainment. You gotta look at athletes, like really professional athletes, and officers, and fire fighters, who really put their bodies and themselves through what’s not the norm…I don’t think the commissioners should really blackball fighters from having to use a little extra vitamins to perform. Because we’re entertainers. We are performing on a high level. We’re putting our body through some strenuous workout to entertain the public and the media.”