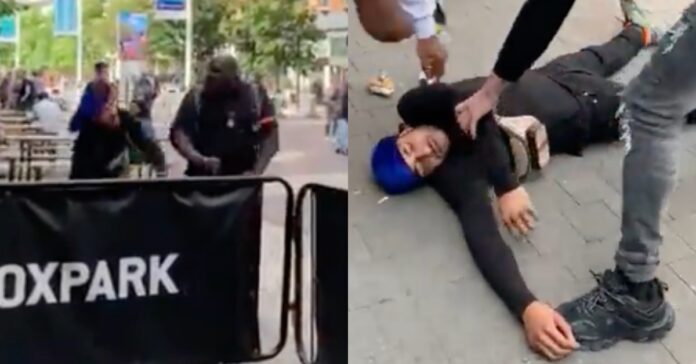 Julius Francis, the current champion of the Commonwealth heavyweight title, has stated that he would be interested in fighting boxing legend Mike Tyson in a rematch if there is a promoter that is prepared to put the fight together.

With the way Julius handled a confrontational customer earlier this month at his place of employment, BoxPark Wembley, Francis’s fame has skyrocketed across various social media platforms at the moment.

On June 12th, Francis, who is now 57 years old and works as a security guard at BoxPark Wembley, knocked out an aggressive person who was outside the facility. Francis put the boisterous man out with a right punch to the head that was precisely placed, displaying tremendous power and form in the process.

“If there is a promoter that’s willing to promote a sanctioned fight, I’m going to put it out there. I’ve never liked talking about money, but they could put up with a decent offer,” said Julius Francis to TMZ Sports when asked about a rematch with Mike Tyson.

The Previous Meeting Between Francis and Tyson

Twenty-two years ago, in January of 2000 to be precise, in Manchester, England, Tyson, then 55 years old, won a knockout victory over Francis in the second round. “Iron” Mike knocked Francis down three times in the first round, including once more in the second, before the referee intervened to stop the carnage. This was quite an interesting fight to the climax.

However, when Tyson overcame Francis in 2000, he was not at the peak of his abilities because, by that time in his career, he had previously been stopped by Buster Douglas and knocked down twice by Evander Holyfield. The fight took place at the MEN Arena in Manchester, England, on January 29, 2000, in front of a large crowd, with people placing bets on the best online casino games hoping to see Tyson win. Despite this, Tyson still had more than enough left in the tank to destroy Francis in just two rounds.

Will There Be A Rematch?

If a rematch between Tyson and Francis were to take place right now, there would be significant interest from boxing fans in the United Kingdom in watching it. With what happened at BoxPark recently involving Francis, Tyson should fight Francis in 2022 at this point.

Francis proceeded by saying, “I’m going to say we can have a rematch,” about his desire to face Tyson again. Even though I have no idea if anyone will watch it, I’m going to answer in the affirmative nevertheless.

A battle with Francis would be more beneficial for Tyson than an exhibition bout with YouTubers Logan Paul or his brother Jake. Boxing fans would much rather see Tyson compete against a real boxer than against an influencer from YouTube if the former champion is going to fight again.

“People name Jake Paul or the other [Logan] Paul or whatever, and it’s a mega-fight blah blah blah, but those guys, they’re not in my category,” said Francis about the popular YouTubers who have turned to the boxing as a means to make money. Francis was referring to Logan Paul and Jake Paul.

It is unlikely that Logan and Jake Paul will opt to face Julius Francis because he is not highly known among boxing fans in the United States and they will most likely lose unless he takes it easy on them.

Recently, Logan faced Floyd Mayweather Jr. in an exhibition match, and he appeared fake throughout the entire fight as if ‘Money’ was just coasting in first gear the whole time. 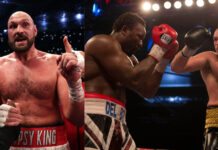