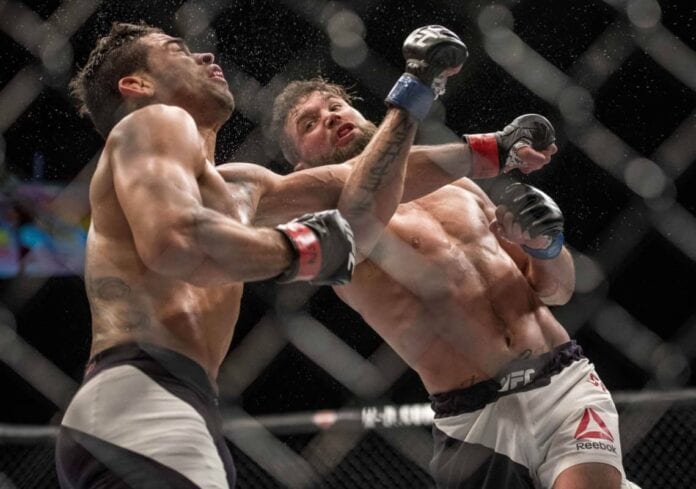 Renan Barao was looking to make a successful debut at 145 pounds when he met veteran Jeremy Stephens in the co-main vent of last night’s (Sun., May 29, 2016) UFC Fight Night 88 from the Mandalay Bay Events Center in Las Vegas, Nevada, but “Lil’ Heathen” obviously had different plans in mind.

Stephens spoiled “The Baron’s” attempt to reinvent his career at featherweight (at least for the time being) by taking home a close unanimous decision win. In a back-and-forth affair, Stephens absorbed a ton of punishment to dish out even more on Barao, badly rocking the former bantamweight champ with a jaw-dropping barrage of right uppercuts in the second round.