LowKickMMA.com
Home UFC News How to Train Like an MMA Fighter 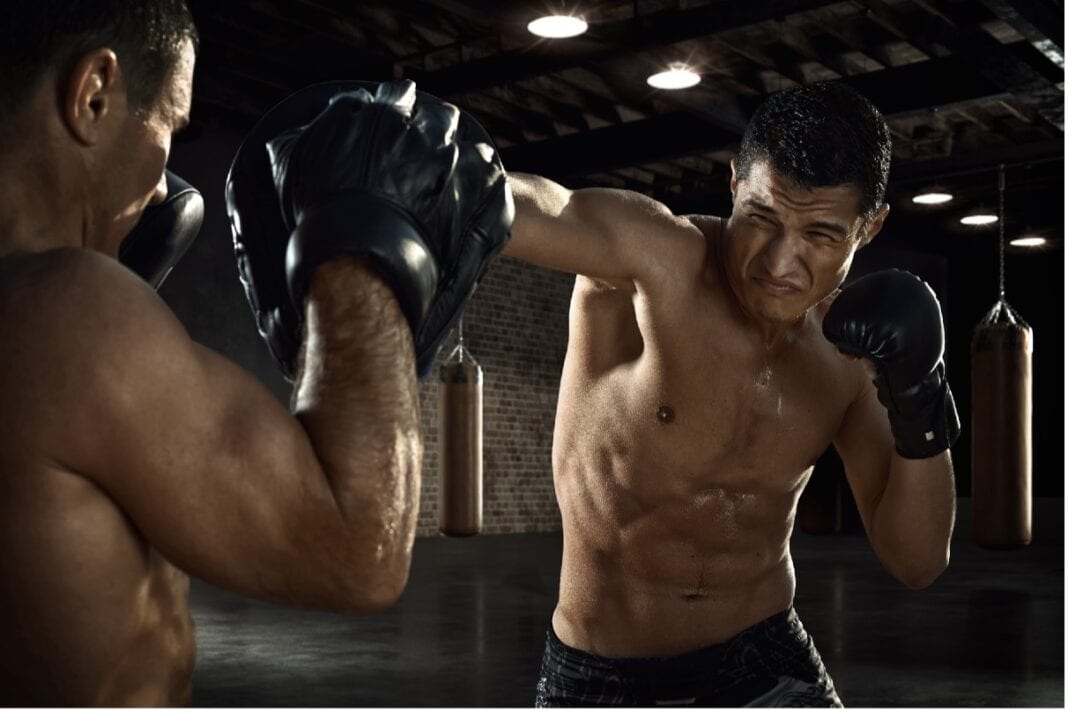 It’s no surprise that people want to train like a professional MMA fighter. After all, MMA is one of America’s most beloved sports and the strength, skill and endurance of the fighters are awe-inspiring.

But let’s face it. It’s not easy because if it were, everyone would be doing it – courage and determination are required.

Many professional MMA fighters possess a massive range of abilities, and most of these don’t include fighting skills. It takes superior strength and endurance and a healthy mental attitude to succeed. Not surprisingly, many UFC athletes were previously in the military or had some sort of brush with the law.

Don’t worry, if you don’t have the athleticism and the killer mindset of a professional MMA fighter, you can still use the knowledge and skills they possess by following this step by step guide to training like one.

Although you can’t become an MMA contender overnight, anything is possible if you work hard and remain consistent. The first thing to do is to take up a martial art.

Considering MMA stands for ‘Mixed Martial Arts’, it’s pretty obvious that to train like a professional MMA fighter, you need to learn a martial art. But choosing the right combination of martial arts is the key to your success.

Learning MMA is no small feat. It takes decades to master certain types of martial arts, but a few months of consistent MMA training will do wonders for your body and self-esteem.

Think seriously about what you’re trying to achieve. Kung Fu is an obvious choice, but it won’t help you get out of a street fight. However, karate is a pure fighting martial art adopted by the likes of Conor McGregor, who combines karate with boxing.

Pick your MMA hero and then try a few different styles out for size; you may prefer Muay Thai or Thai boxing, which naturally combines all ranges of stand up fighting and is defensive. Kickboxing is also a good option for anyone looking to get in shape

It’s impossible to become an MMA fighter without regular training and preferably in a gym with a personal trainer. However, many professional MMA fighters travel so much that they have turned their homes into private training spaces.

A weight lifting gym with a boxing ring and kickboxing trainers is the next best option for a specialist MMA gym.

If your on the move, then remember to pack resistance bands and a skipping rope to use the hotel gym to your best advantage or work out in your room. A combination of running, skipping, shadow boxing, stretching, and core exercises will maintain your fitness until you can hit the gym.

Shadow Boxing is Your Best Friend

The great thing about shadow boxing is that it’s something you can do anywhere and at any time. Shadowboxing is a great warm-up, and what’s more, it’s fun.

Start slowly, shadow boxing for 5-minute intervals, and gradually increasing your minutes until you can box for 8-10 minutes. It might feel silly at first, but if you want to train like a professional MMA fighter, you must learn to shadow box and add it into your workout.

Eventually, you’ll need an opponent, and it’s best to start with an opponent that won’t fight back. Introduce a heavy kick bag into your routine.

Training with a massive kick bag is one of the most natural forms of MMA training. Using the kick bag will make your shins swollen and may even draw blood, but it’s your choice to train this way, and no-one ever said it would be easy.

It’s like everything in life; the more you do it, the easier it gets. Once you’ve hit the bag a few hundred times, it will become as easy as taking candy from a baby. Did you know that MMA fighters don’t have any working nerves in their shins? Kick that bag often enough, and you won’t have any shin nerves either.

Develop a Core of Steel

Although there is a lot more to core training than just your standard sit-ups, many MMA fighters do over 400 sit-ups every single day no matter what. Sit-ups are usually done at the end of the training session when you’re exhausted just because you must prove you’ve got the stamina to persevere.

Sit-ups are great for strengthening your abdominal muscles; however, there is a lot more to your ‘core muscles’ than just working your abs.

Developing a strong core is about the amount of power you can put behind your kicks, punches, knees, and elbows; this power comes from your core. Creating and maintaining a strong core is vital and why MMA fighters workout their core muscle groups just as much as training any other parts of the body.

MMA fighters – generally speaking – are not like the rest of us, and while we may like the idea of this lifestyle, most of us will just watch from the sidelines.

Like any training style, it only works if you’re consistent and you continue to push yourself hard at every workout. It’s no good training for seven days one week and then doing nothing but eat doughnuts the following week.

MMA training is a mindset and one that will completely redefine your body and health, but it won’t happen overnight, and it won’t be easy. Now you know what’s involved, the choice is yours – maybe stick to cycling?