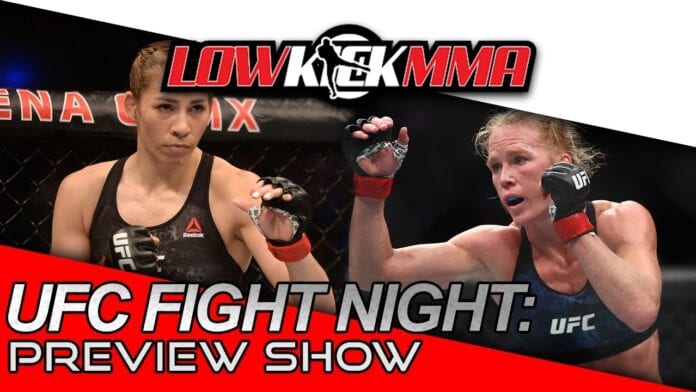 Former bantamweight champion Holly Holm is set to headline the second event of the UFC’s second run on ‘Fight Island’. Holm takes on the rising star and feared striker Irene Aldana in a mouthwatering clash which could determine who is next in line for the 135lb champion Amanda Nunes.

Join Jordan Ellis & Ryan Galloway as the look ahead to UFC Fight Night: Holm vs. Aldana in the latest LowKickMMA podcast.

Who wins on October 3? Holly Holm or Irene Aldana?