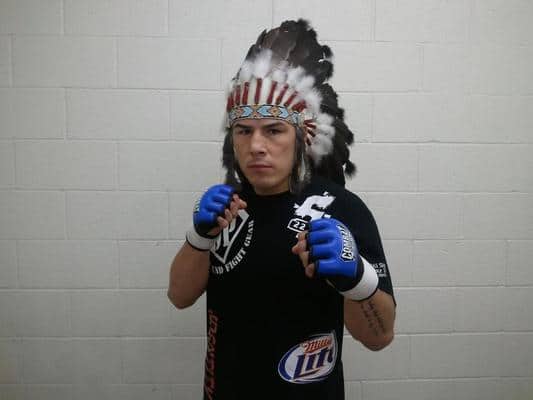 Perhaps the least-known fighter on the list, Leo Bercier’s capacity for punishment rivals the best in the world. A striker by trade, the middleweight bruiser has looked to cement himself as a draw in a major promotion for the past few years. After finally getting the call to fight in a big show, Bercier was given a short-notice fight against fellow striker Chris Curtis.

Over the course of the bout, Bercier and Curtis traded shot for shot through 15 minutes, never hitting the mat once. As the fight progressed however, Bercier accumulated an astounding amount of punishment, fracturing both orbital bones and breaking his nose. Despite the damage, Bercier did not quit, throwing high-impact shots with rapid frequency until the final bell, losing a close decision.

The future of Bercier as a fighter is unclear until his potential is realized, but the certainty remains that his ability to stand and trade sets him far apart from most prospects his caliber.