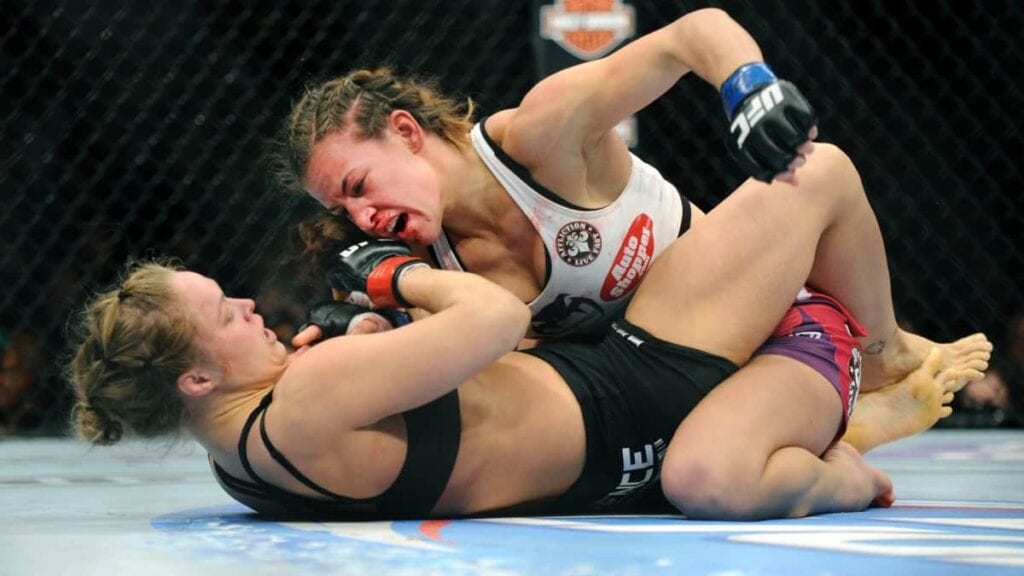 One might say it’s kind of odd to put a female fighter ahead of all these men with tremendous reputations – that would be a tall order for anyone – but you simply can’t build a list of tough fighters properly without including the current UFC women’s bantamweight champ. Getting tagged for the better part of four rounds before putting Holm to sleep with a choke is a good example of Tate’s toughness, but rather than just picking one example from her storied career, a reader would be better served to look at it as a full body of work.

In her first effort against Ronda Rousey, Tate refused to tap to an arm bar that almost her arm broken beyond repair. In her bout with Sara McMann, she endured to win a gutsy majority decision, and as previously mentioned, she waded through the storm of Holly Holm to capture a UFC title.

Beaten, bloody, broken or bruised, Miesha Tate has proven that she never goes down without a fight.