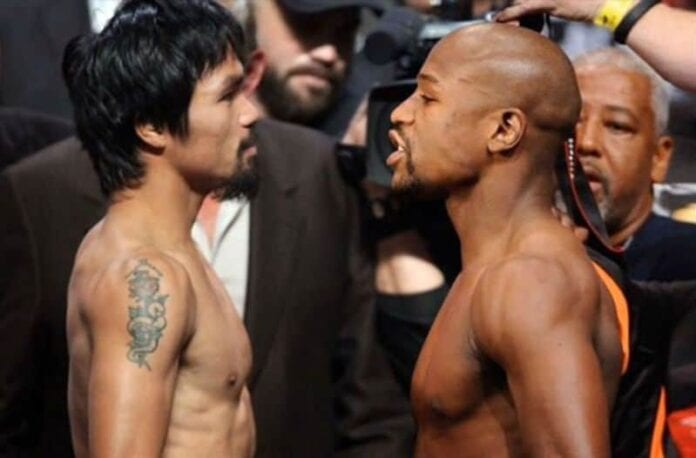 The biggest boxing match of the 21st century is set to pop off tomorrow night (Sat., May 2, 2015) from the MGM Grand Garden Arena in Las Vegas, Nevada, when longtime rivals Floyd Mayweather Jr. and Manny Pacquiao finally hook ‘em up in their long anticipated super fight.

Pacquiao came in at 145 pounds and Mayweather 146 pounds at the weigh-ins for the momentous bouts. Check them out right here: