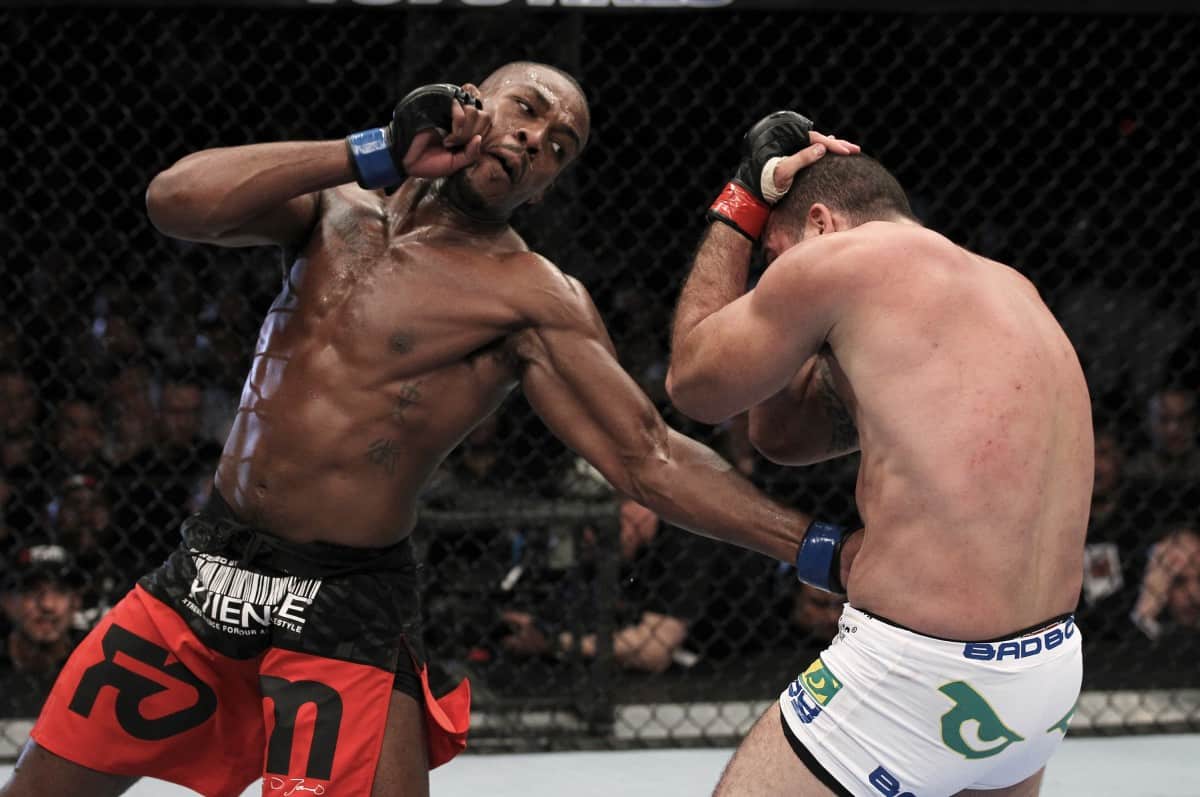 Besides maybe Anderson Silva, the MMA world has never seen a fighter as diverse and efficient on their feet as Jones.

With unparalleled size and power to back his efforts, the former 205-pound king has been known to disrupt some of the best strikers in the world on the heels of oblique kicks, lunging shoulders, sharp elbows, spinning back fists, dipping counters, flying knees, and the increasingly useful shoulder crank that actually tore Glover Teixeira’s labrum when the two fought at UFC 172.

At times, it may even seem as if Jones welcomes a dog fight in effort to see what an opponent has to offer and find any openings to experiment with new techniques and unseen offensive weapons. Because with his intelligence, range, dexterity, fluidity, and crafty adaptation, there’s a chance Jones wouldn’t get touched if he was a conservative fighter.