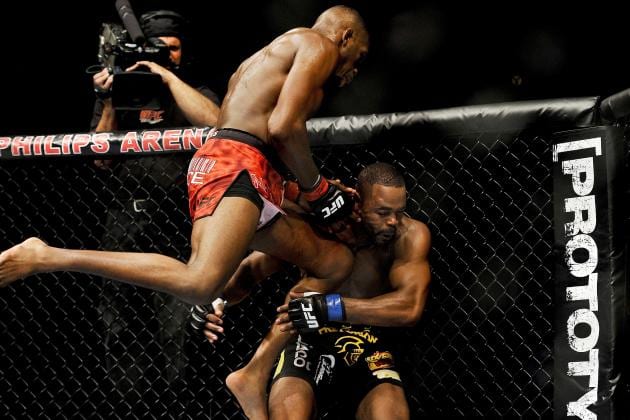 Simply put, there has never been anybody in the sport of MMA who has put forth the well-rounded athletic capabilities that Jones has.

With a staggering 84.5 inch reach and dynamic range control, Jones has bewildered opponents in the past with better footwork, stronger exchanges, longer combinations, quicker transitions and an unheralded ability to launch unorthodox attacks from all angles and spaces.

Anderson Silva is a very close comparison in this department, as is Georges St-Pierre, but neither one of those guys possessed the intricate athletic fortitude that Jones did on the feet, on the canvas, and in the clinch.