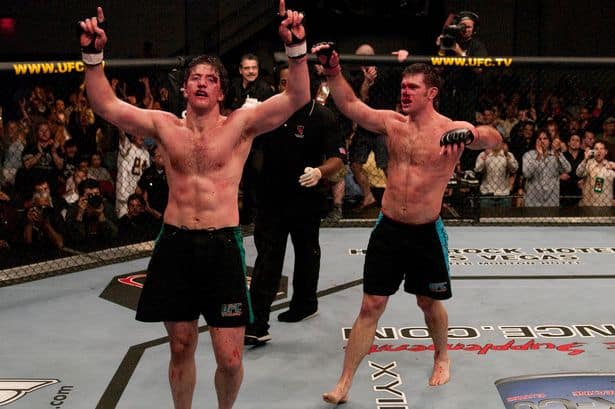 This fight needs little explanation, as it’s simply a bout that every fight fan should see. Light heavyweight legends Stephan Bonnar and Forrest Griffin squared off nearly a decade ago at The Ultimate Fighter 1 Finale on April 9, 2005 in a fight that would put MMA on the map forever.

Although it was only three rounds, each man laid it on the line, and the matchup packed everything that’s loved about MMA into a back and forth, bloody 15-minute fight that will be remembered forever.

If asked about the most influential or most impactful fight in sport history, Griffin vs. Bonnar is likely to be a common answer. Do yourself a favor and tune in to this work of art.