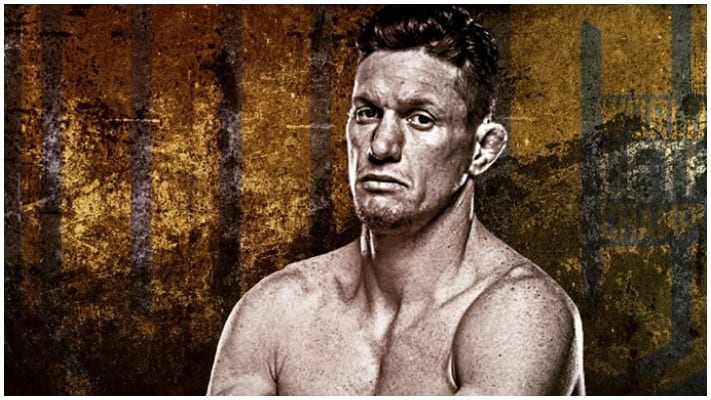 Former UFC welterweight Seth Baczynski will leap into the unknown this week. Baczynski is due to compete in the main event of World Lethwei Championship’s upcoming show WLC: King Of Nine Limbs. The 7-bout card takes place on August 2 in the Mandalar Thiri Indoor Stadium, Mandalay, Myanmar.

For those uninitiated in the ‘Art Of Nine Limbs,’ Lethwei is similar to Muay Thai, except under Lethwei rules, headbutts are legal, and fighters compete without gloves. The sport is arguably the purest form of stand-up combat there is and dates back centuries.

Founded in 2015, the team at WLC have made it their mission to introduce Lethwei to the world. Friday’s event will be their biggest show yet.

Baczynski will face off against Canada’s Dave Leduc for the right to be called the promotion’s inaugural Cruiserweight World Lethwei Champion. Leduc is a household name in Myanmar, and the 27-year-old has been competing in Lethwei since 2016.

The Quebec native made his name in the sport by becoming the first foreigner to capture the Openweight Lethwei Golden Belt.  He is undefeated inside the Lethwei ring and will pose a serious challenge for newcomer Baczynski.

However, “The Polish Pistola” is looking forward to testing himself against one of the sport’s biggest stars.

“They needed someone to take on Dave Leduc and beat him, so they came to me. I am the type of person that always wants to take on new challenges so to be able to take down the ‘King Of Lethwei’ is super exciting. It will be the ultimate moment in my career, “Baczynski said speaking to LowKickMMA.

“He’s done great for himself out there, but he has not faced someone like me. He had a significant reach advantage over his past opponents, but that will not be the case anymore.  I’ll be able to get inside and do some of my best work,” he added.

The contest presents an opportunity for fans to see Leduc square off against a fighter with elite MMA experience. While Leduc has fought some of the biggest names in Lethwei, such as Tun Tun Min, his opponents, while skilled fighters, would not be known to the average combat sports fan.

An impressive win over a veteran fighter like Baczynski would help fans new to Lethwei appreciate how good Leduc is. Similarly, if Baczynski hands the French-Canadian his first loss, the 37-year-old could find himself becoming one of the faces of WLC. It is a contest that could potentially be life-changing for both men.

One thing that is for certain is that Baczynski is not flying to Myanmar just to collect a check.

“Training has been going great. I’m currently ramping it up for the last week and get myself in peak physical condition. I know what I’m getting myself into, and I’m ready for everything. Headbutts don’t scare me! “Baczynski said.

“I’ve heard so many great things about the country and its people. To be able to showcase myself in their sport, [with]50 million people in the country tuning in, it is something I’m super excited about,” he added.

Baczynski’s last UFC bout took place in 2015. Since then, he has fought for multiple regional promotions. Still, even in his wildest dreams, it is unlikely he pictured himself traveling across the globe to compete in a centuries-old sport in a bout likely to be watched by millions.

“A career in martial arts is a true adventure that brings you great opportunities. I’m just blessed to have this shot at competing for the biggest bare-knuckle fighting organization in the world.”

If Baczynski flies out of Myanmar with a championship belt, the next chapter of his career could be his most interesting one yet. For those wishing to watch the event, it will be streamed live on UFC Fight Pass.