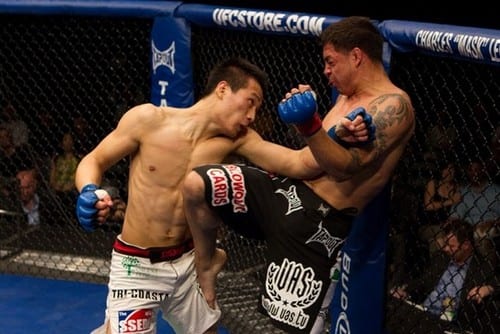 The World Extreme Cagefighting (WEC) produced some of the very best lighter weight fights in the world, many of whom who tore it up in the UFC.

“Bad Boy” Leonard Garcia and Chan Sung Jung “The Korean Zombie” put on one of the best fights in WEC history. These two men would fight again under the UFC banner just a couple years later. Although their second fight proved to be highly entertaining, nothing can duplicate the magic of WEC 48.

Garcia would take the razor-close decision in what would be become the FOTN. Garcia vs. Jung is voted as the greatest featherweight MMA fight of all time.