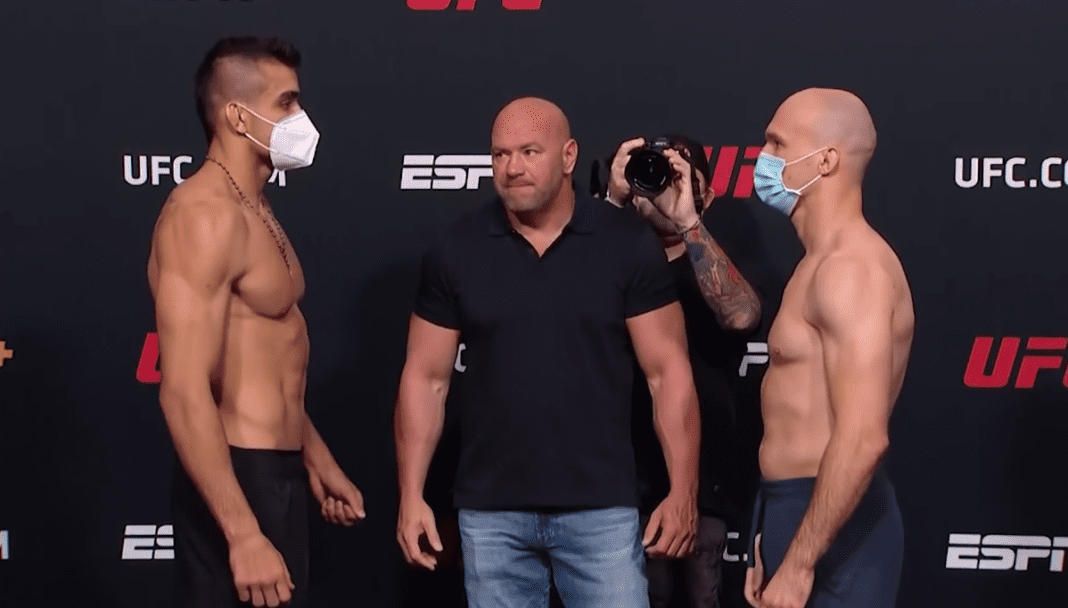 Next up we have a Middleweight bout between Andre Muniz and Bartosz Fabinski.

Round 1: The two open exchanging on the feet before Fabinski shoots in for the takedown. Defended well by Muniz as Fabinski looks to land some knees while clinched. Muniz deals some damage with elbows defending extremely well. The two remain clinched on the cage as the Ref asks them to advance. Muniz reverses the position and clamps on a guillotine. Fabinski survives and manages to end up inside Muniz’s guard. The BJJ specialist quickly sets up an armbar and secures a submission victory.