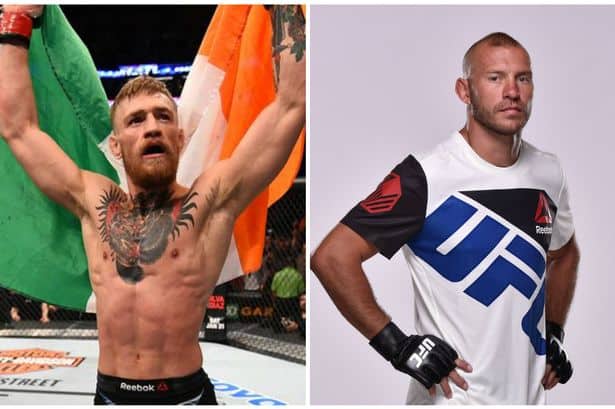 Despite only just winning the featherweight title at UFC 194 this past weekend with a shocking 13-second knockout of former long-time boss Jose Aldo, Conor McGregor has already expressed his interest in moving up to lightweight and challenging for the 155-pound title.

UFC president Dana White was quick to confirm that if McGregor were to move up that he would be given an immediate title fight with the winner of dos Anjos and Cerrone.

While either bout would be quite an intriguing one, the thought of a scrap between two elite level strikers like the “Notorious” one and “Cowboy” is mouthwatering to say the least.

The two have seemed to have stirred up a bit of a rivalry as well, infamously going back and forth at the UFC’s “Go Big” press conference.

McGregor vs. Cerrone would undoubtedly be a big money fight and could be the main reason why the UFC is secretly rooting for “Cowboy” this weekend.