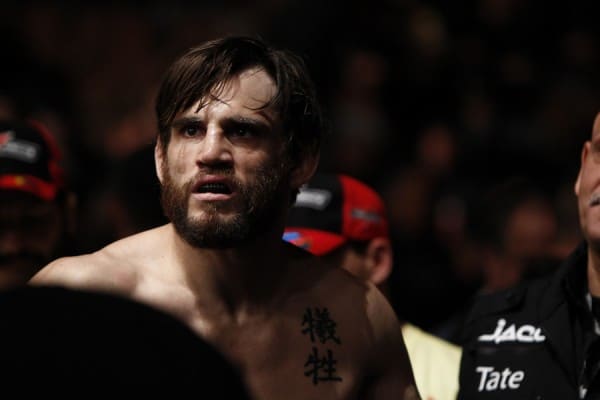 It wouldn’t be a list of people who had outraged Whit without this American Kickboxing Academy (AKA) flagship member who, along with his teammates, famously ran afoul of White by refusing to sign over their likenesses to be used in UFC video games and other media avenues. The AKA fighters were unceremoniously cut from the UFC shortly thereafter, and despite them being at the top of the fight game at the time, it took UFC co-owner Lorenzo Fertitta to reinstate the athletes.

Calmer heads prevailed in that instance, but Fitch continued to anger White by refusing to fight his teammate Josh Koscheck, who was obviously a top welterweight when Fitch was playing second fiddle to Georges St. Pierre for years.

Fitch got his title shot at “GSP” but lost, and not surprisingly didn’t sniff another shot at gold for the rest of his UFC career.

Towards the tail end of his UFC stint, Fitch fought to a draw with BJ Penn, got knocked out by Johny Hendricks in 12 seconds, beat Erick Silva, and lost in dominant fashion to touted grappler Demian Maia, which earned him an unceremonious release from the promotion despite his shining record.

It was a controversial move that no doubt prompted Fitch, who has since rebounded by becoming the current World Series of Fighting (WSOF) welterweight champion, to become heavily entrenched in the current ant-trust lawsuit leveled against UFC owners Zuffa LLC for allegedly creating a monopoly in the sport of MMA.