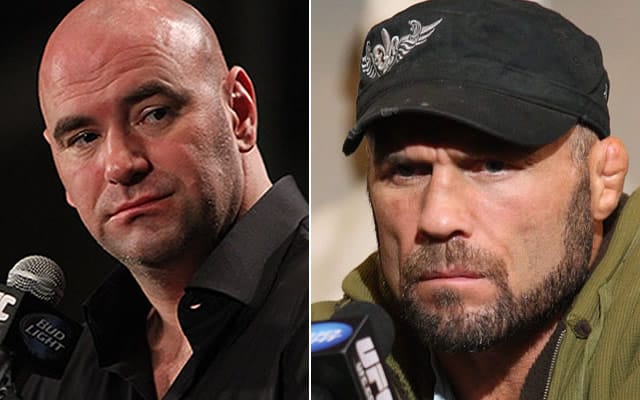 Former UFC heavyweight and light heavyweight champion Randy “The Natural” Couture is undoubtedly one of the promotion’s most storied competitors from its coming-of-age period in the early 2000s. But that doesn’t mean he was able to stay off the list of people who have outraged White.

Couture rattled the cage of the notoriously hotheaded president when he left the UFC following his UFC 74 title defense over Gabriel Gonzaga. Couture wanted to be paid more for his bouts – still a very common occurrence among fighters even today – but White believed that Couture had gone ‘Hollywood.’

The two sides eventually reached an agreement for Couture to return to the Octagon at UFC 91 in November 2008, where “The Natural” dropped the belt to megastar Brock Lesnar.

White may not have been all too angry about that loss, as Lesnar became arguably the biggest draw to ever fight in the Octagon.