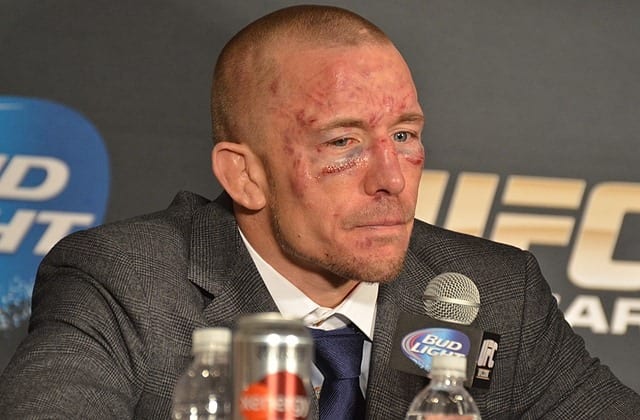 Kicking off our list of people who have outraged White is none other than longtime former UFC welterweight champion Georges St. Pierre.

St. Pierre ran afoul of White when his corner was accused of greasing him during his UFC 94 win over BJ Penn, but the real beef arose when St. Pierre semi-retired following his incredibly controversial split decision win over Johny Hendricks in the main event of UFC 167 in November 2013.

White was absolutely outraged when “GSP” stepped down from the sport after citing the need to take a break for personal reasons, stating that the all-time great simply could not do that:

“Georges St. Pierre took almost a year-and-a-half off, and he’s had two fights since then because he blew his ACL out. When you fight in this sport, there’s a small window of opportunity for people, and there’s a lineup right now of people that want a shot at that 170-pound title. You can’t just say, ‘I’m gonna take off and put this on hold because I have personal problems.’ You can’t do that. No you cannot.”

A story also arose that the UFC took St. Pierre’s belt while he was in the shower after his win over Hendricks, not exactly the most shining treatment of one of your greatest stars.

Two-and-a-half years have now passed since St. Pierre vacated his belt, and he’s apparently ready to return to the Octagon if he and the UFC can reach an agreement on his contract terms. With a boatload of money to be made, something tells me that White and St. Pierre should be able to settle their differences.