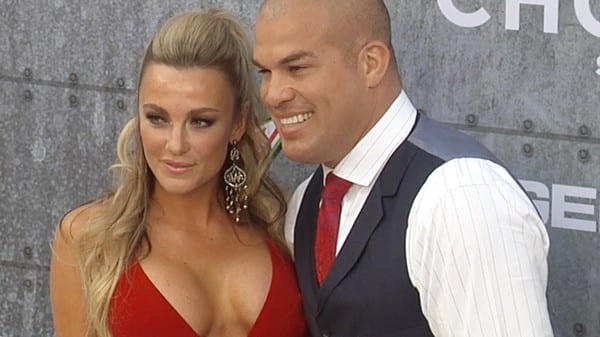 There’s simply no other man who could be included on this list of people who have angered Dana White than longtime former UFC light heavyweight champion Tito Ortiz.

That fact is illustrated by the truth that the two once had an actual boxing match scheduled. While it never took place, the beef between White and Ortiz was real. That was illustrated by a scrum White did during a screening of his 2014 boxing reality show ‘The Fighters,’ (courtesy of MMA Fighting’s Luke Thomas) where White alleged he pulled out of the fight because he knew he was going to lose, and lose badly, as White had “beat the s*** out of Tito” during training back in the early days of White’s UFC stint:

“I had to go through all the stuff with the commission, which I still to this day believe, it created a lot of bad animosity between me and the commission trying to get licensed for that fight. But they did it. They licensed me. I went through all the medical testing, everything, and then Tito ends up bailing on that thing the day of the weigh-ins.

“Believe me, I’m not trying to sound like a tough guy and I don’t talk about the thing a lot, but I was ready, in great shape and Tito bailed on that thing because Tito knew he was going to get his ass whooped on national television.”

“Tito had Jenna [Jameson] call negotiating like two weeks before the fight that he wanted to switch it to no head gear.

“The reality is I used to beat the living s–t out of Tito Ortiz back when we first bought this company and we used to box.”

As a sort of pioneer for fighters speaking out for better pay in the early years of the Zuffa era, Ortiz famously dubbed fighters “slaves” to the UFC, a sentiment that has obviously been echoed countless times by countless fighters ever since.

The beef has since cooled down, but it’s safe to say no other person in MMA has outraged White more than Ortiz once did.