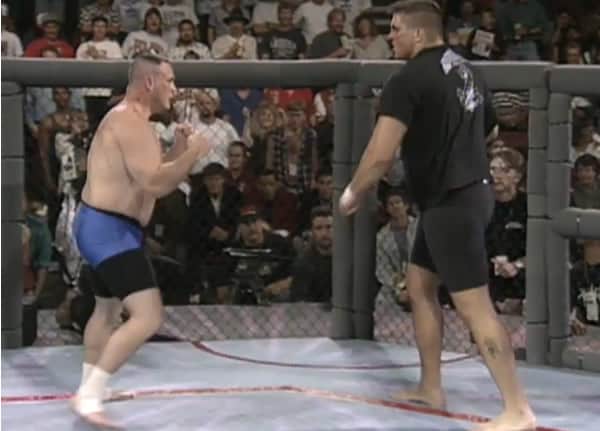 Back at UFC 6 in 1995 the organization still very much in its ‘Wild West’ period with no weight classes in place and few rules.

Despite the size disparity, Worsham met Varelans in the center of the cage and immediately started trading with him toe-to-toe, drawing blood in the process.

The two fighters then clinched up and continued recklessly slugging it out, expending a great deal of energy in the process.

Approaching the one minute mark in the fight Varelans broke out of the clinch and landed a few hard punches that forced Worsham to take a few backwards steps.

From his towering vantage point, Varelans then simply stepped forward and dropped a thunderous elbow strike down on Worsham’s head, which sent him face-first down to the canvas, unconscious, for a brutal KO finish.