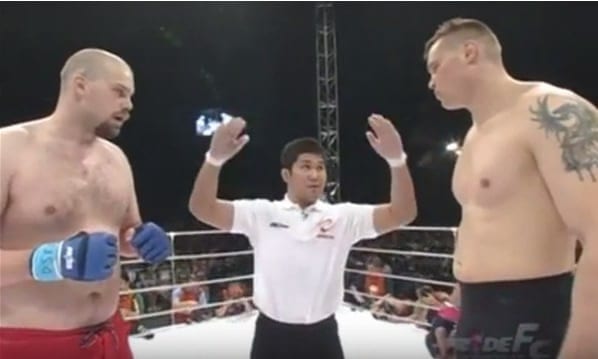 In the early stages of the fight it was McGee who took the initiative, landing an early takedown before gradually moving to full mount.

McGee didn’t seem to be in any particular rush to take advantage of the position though, and Schilt did his best to negate much of his offense, and even landed some of his own, leaving ‘The Giant’s’ face bloodied.

Then Schilt was able to sweep on top as McGee failed on a leg lock attempt, and he wasted no time going on the attack with an armbar attempt that swiftly forced McGee to submit.