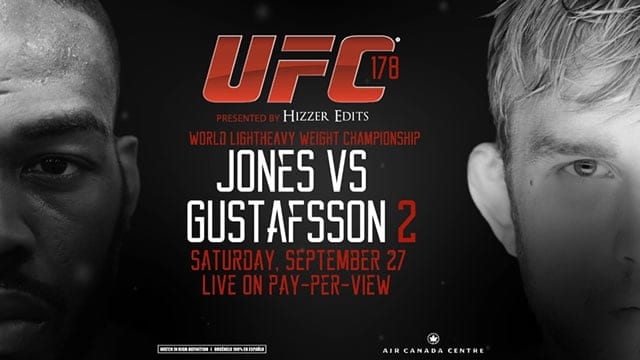 The first fight between Jon Jones and Alexander Gustafsson at UFC 165 was a five-round thriller that is regarded as one of 2013’s fights of the year.

The Swedish challenger had pushed Jones harder than any of his previous opponents, and some fans even believed he’d done enought to win on points, making a rematch almost inevitable.

Fan interest in the fight was so high that they voted to have Gustafsson feature on the cover of the ‘EA Sports UFC’ videogame alongside Jones in 2014, and one of the biggest rematches in 205lb history was scheduled to headline UFC 178 that September.

However, a month out from the fight Gustafsson faced the nightmare scenario of having to pull out of the blockbuster fight he’d been calling so passionately for due to a torn meniscus.

It was a devastating blow for ‘The Mauler’, and that missed opportunity would cost him dearly, as to this day the rematch hasn’t materialized, and his own form has slid since, losing two of his next three fights.

Meanwhile, Gustafsson’s loss was Daniel Cormier’s gain, as he was drafted in to replace him against Jones, and despite losing he would later claim the vacant title, which he still holds at the time of writing.